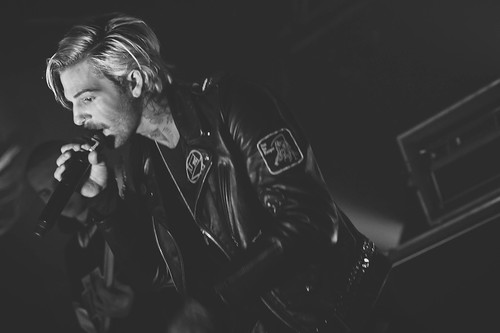 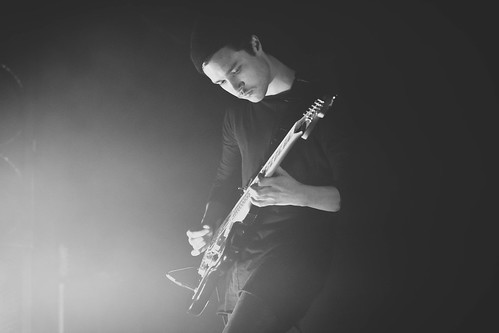 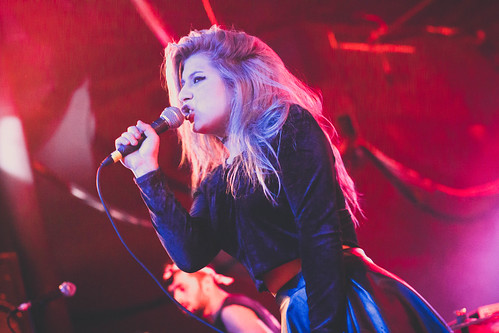 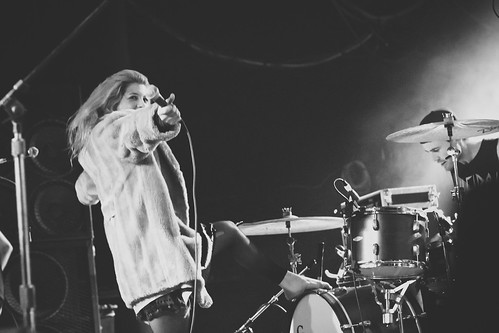 As soon as I got into the Roseland I could hear the music pumping out over the speakers and knew that it was going to be a great night. This tour did it right by opening up with Born Casual, a DJ from Rhode Island, who energized the crowd immediately with everything from Backstreet Boys to the latest Beyonce hits. I would basically be cool with Born Casual DJ’ing my life for me (I mean I even saw security guards getting into it…arms flailing) .

Next up, LA rock band Kitten hit the stage with ferocity that captivated the entire crowd. Chloe Chaidez packed a serious punch with her live performance and had the crowd enamored. Chaidez brings an innovative blend of new wave vibes and throaty vocals all into a big ass party where you just want to dance or at least do a bit more than gaze at your shoes (which is understandable when the frontwoman is riding around on the shoulders of a security guard and climbing up the speakers. Next up, The Neighbourhood hit the stage which was half black and half white with a lot of fog and white flood lights. Jesse Rutherford approached the stage to start the set and mesmerized the crowd with vocals so alluring that you would probably follow it blindly into a dark alley. They played a mix of new songs as well as the major hits “Sweater Weather” and “Afraid”. The band played an infectious set leaving the crowd wanting more and I was sad when it was over because who knows when I’ll get to see a lineup that’s so enticing.