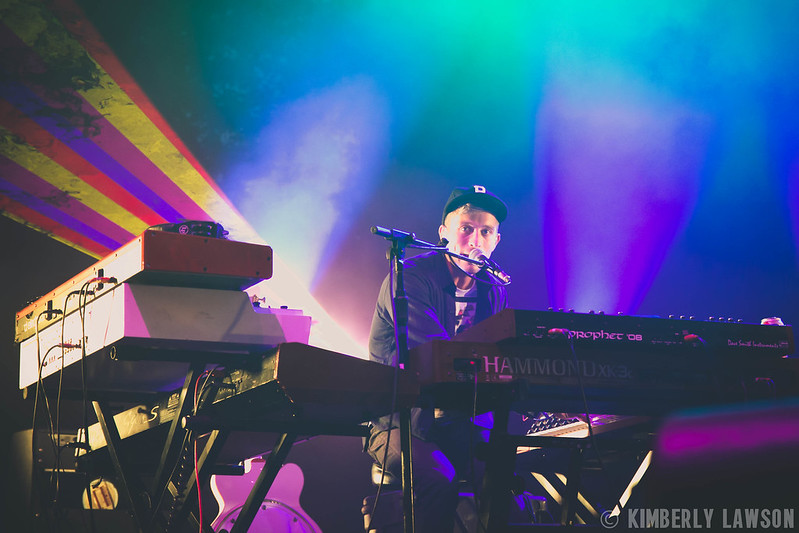 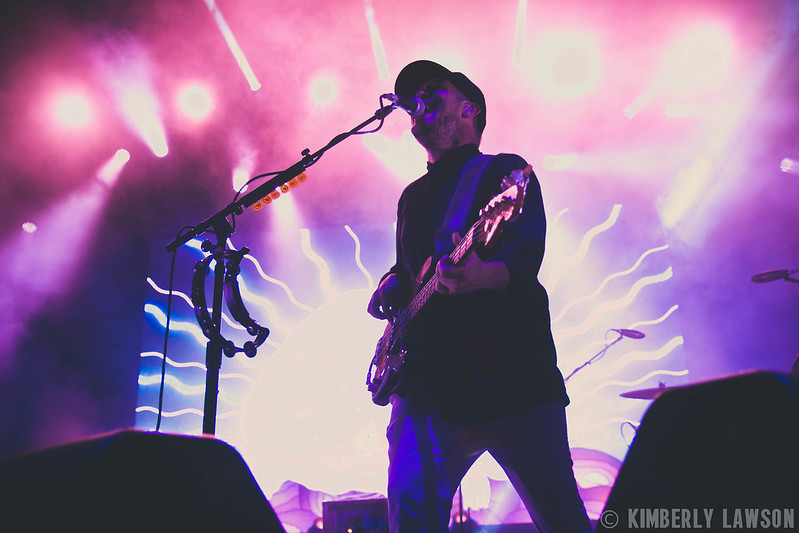 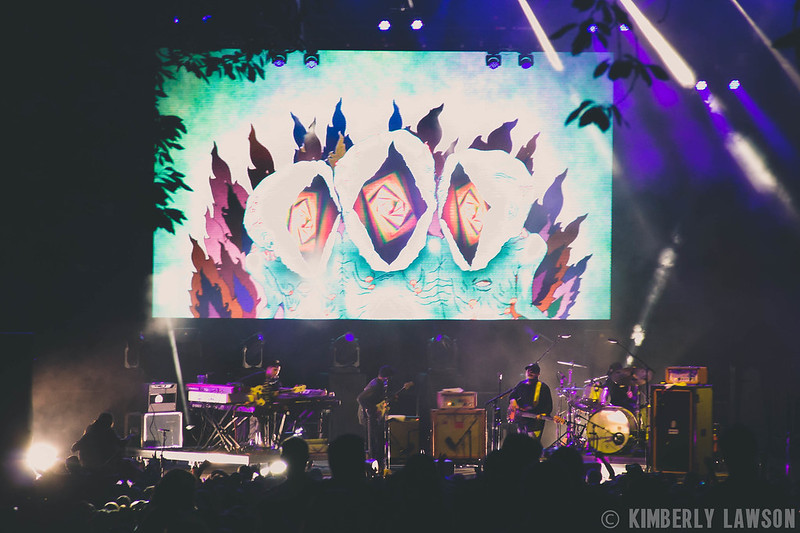 (More photos and review after the jump) 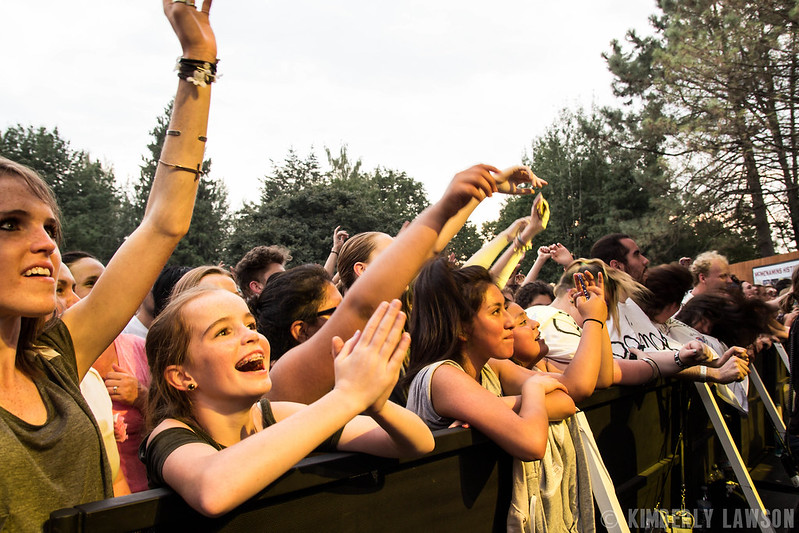 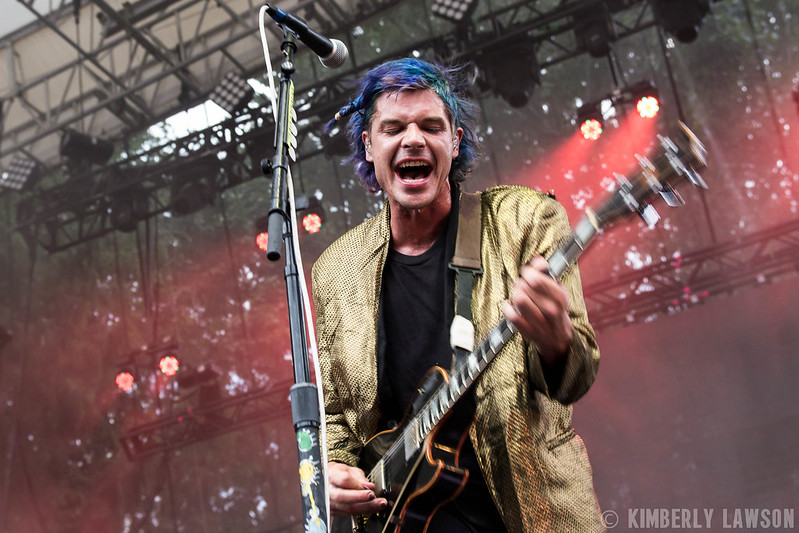 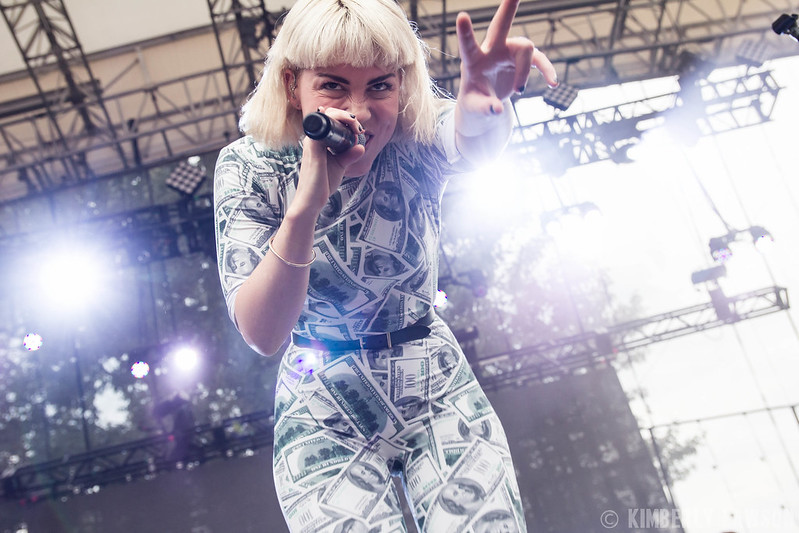 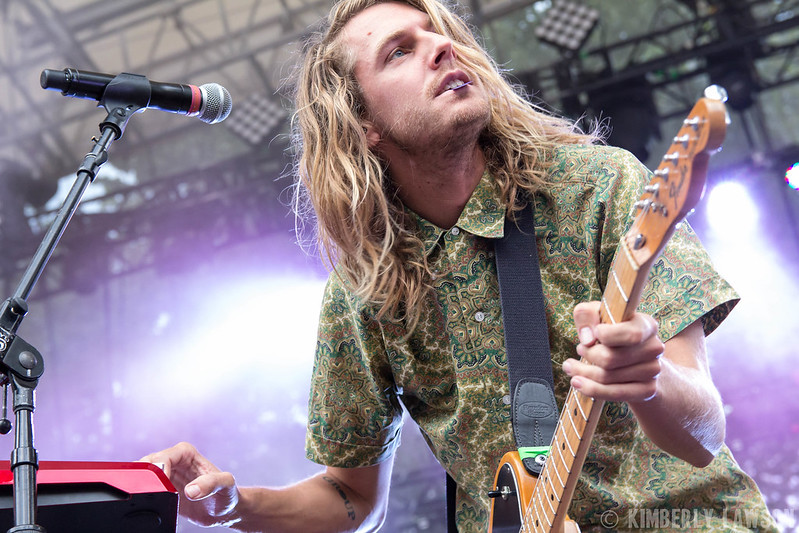 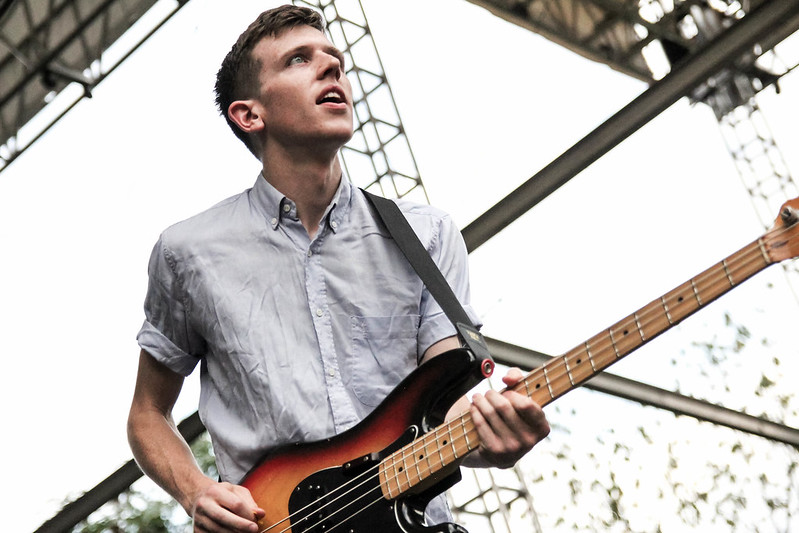 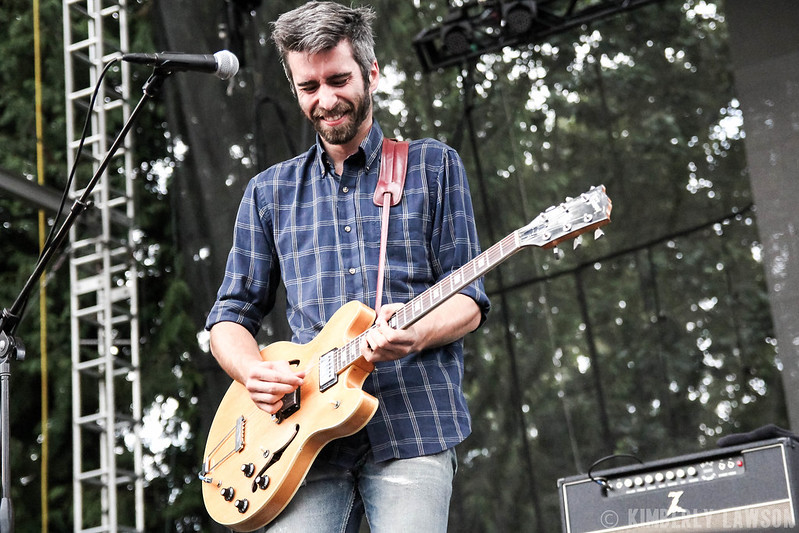 I finally had the chance to borrow a friends car and trek out to Troutdale to the infamous McMenamin’s Edgefield. I wasn’t sure what to expect but was pleasantly surprised by the outdoor venue that’s right outside the city limits of my normal stomping grounds. It was hot as hell and if you weren’t sweating you were probably dead in the field but everyone seemed to be having a chill time. Either lounging around on blankets in the grass or patiently waiting up front in the pit for one hell of a show the crowd buzzed with excitement and alcoholic beverages. The show started off with Tokyo Police Club and I was lucky enough to catch them earlier last week during the MLS All- Star Game events in Pioneer Square. This time the performance was met with an eager and engaging crowd. Next up was Grouplove, and I haven’t seen them since December to Remember of 2012. Despite not having a beardy man in a sequined blazer (like the last time I saw this band in the dead of Winter) I was definitely impressed with the growth of this band and their live performance. Hannah Hooper came out in a dollar dollar bill body suit and metaphorically made it rain all night long. The band covered “Drunk In Love” because Beyonce which mixed it up and kept me thoroughly entertained. Last up was Portugal. The Man who started their set as the sun started setting with a very impressive laser and light show with really great visuals to go with their set. I sadly had to leave early because my ribs are broken from bronchitis but I look forward to the next time I can see PTM and Grouplove.

Album Review – Wynne, DO MY OWN STUNTS