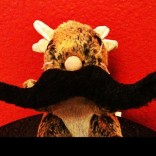 The very existence of Palehound’s full-length album, Dry Food, is a slap in the face to Sarah McLachlan fans around the world. Ellen Kempner is the mad scientist behind Palehound, which could be described in many ways, but “pretty” is not one of them. It seems Kempner has more to offer than a palatable commercial album, although what that is may not be readily apparent.

The juxtaposition of blunt and raw lyrical content with deceptively proficient, playful, and self-effacing guitar lines leave the listener with a sense of fascinated ambiguity. Upon my second listen, in an att empt to fi t this album in its proper category, I found that I was unable to fi nd a cookie cutt er classifi cation for Palehound. Despite Dry Food’s refusal to settle down and take a seat in my brain, I found that the songs had made themselves very comfortable anyway when I caught myself humming along.

While Kempner cites artists like Angel Olsen, Elliott Smith and Kim Deal as major influences on her songwriting, her songs conjure comparisons with a devil-may-care-Liz Phair and Courtney Barnett . Kempner is able to expound on some unsavory subject matt er while blithely dancing around the heavier traps that many 20-something artists can fall into on their journey of self-discovery. Kempner avoids cliché with confi dence and strength, resulting in an undeniably intoxicating draw. Kempner must not have been a Disney fan, because she seems to have ignored Mary Poppins’ words of wisdom that “A spoonful of sugar helps the medicine go down.” Palehound doesn’t pander to those with more delicate sensibilities. One way or another, the medicine will go down.