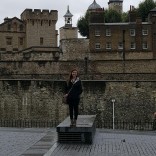 When you think about the longest-running independently owned live music venues in Portland, it’s easy to picture your friendly neighborhood bar. The Laurelthirst Public House, established in 1988, is proud to hold that presence for many in the Laurelhurst and Kerns neighborhoods.

For almost 30 years, the Laurelthirst has been building a sense of community centered around the folk, bluegrass and Americana music of the Pacific Northwest. Its four owners, David Lee Williams, Bill Leeds, Tim Stebbins and Steve Weiland have fostered an inclusive scene. They have a no tolerance policy for any racism, homophobia, or any bad vibes in general, and Stebbins looks back fondly on nights when customers have thanked him for helping create such a safe and open space.

“On any given night, we’ll have 80-year-old regulars sitting at the bar with people just dropping by,” he says.

In terms of that consistency for regulars, Stebbins says the pub wouldn’t be standing today if it weren’t for the long-time staff.

“They’re so amazing. We’ve got a low turnover rate, and they’re really what keeps this place running.”

Right behind the bar staff, the walls donned with bikes, a vintage sled, and a memorial for regulars create a sense of home, where everyone knows each other and no one can stop you from dancing. And with live music seven nights a week, a deserted house is a rare sight indeed. Every day from 6-8 p.m. they host a happy hour band where guests can drop in for free. As the night rolls around, a band of a new genre comes in, but so does a cover charge of never more than $5.

One of the most interesting features in Laurelthirst history dates back to the ’90s, when Leeds would record visiting bands and put out “Live at Laurelthirst” CDs. The first two albums were around 15 songs each, with 15 different Northwest bluegrass and folk bands. The third and final album was “Live at Laurelthirst: Tree Frogs” with eight tracks from the local eight-piece rock and roll jam band. They no longer sell them, but if you ask around, there’s a good chance they’ll dig up an old piece of history for you.

Another memory from the ’90s was their annual Halloween drag show, with a live band and a mixed line-up of seasoned queens and regulars who wanted to experience something new. Stebbins hopes to bring that event back this year, so if you’ve been dying to put on a dress and perform, then the Laurelthirst is the place to be.

These days, one of their lively events is the “Americana Lunch,” with free live music geared toward a family-friendly crowd. From noon to 2 p.m. on Saturdays and Sundays, they’ve got Americana tunes served with their selection of local brews and classic pub food.

Reflecting on the last quarter-century, Stebbins has nothing but respect and admiration for Laurelthirst’s place in Portland.

“[I’m] proud of the community that has been built through here. The love and respect that people give each other … I’ve never seen anything like it anywhere else.”»

“When the Birds Begin to Walk” by Coco Columbia